What to do when the boys want to make something and we have run out of space to make any large cardboard creations, so we looked in the book (365 Things to Make and Do – Parragon Books) and settled on a cardboard aquarium. This is a very straight-forward project. 1. Start with a shoe […] 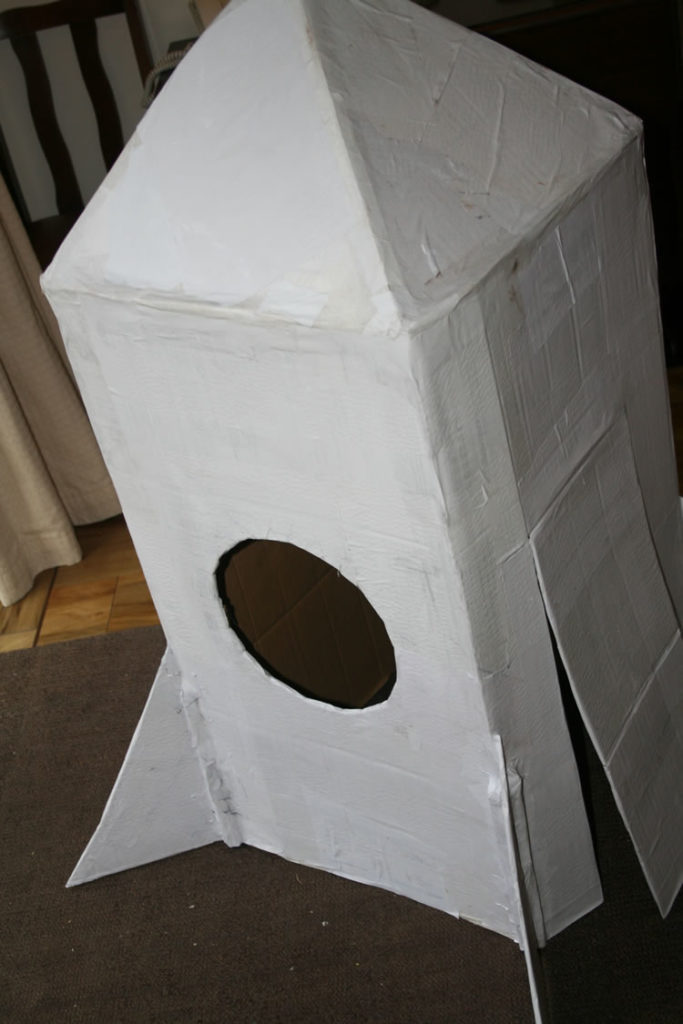 Having previously built an earth-based vehicle we decided to aim for the stars and build a rocket ship from scratch using brown cardboard moving boxes. We taped together the two boxes and cut into the top box to make the pyramid roof. Having covered our previous car creation in newspaper (which didn’t paint too well), […]

Having just moved into the house we had an abundance of strong brown cardboard boxes sitting in the garage. As my youngest sleeps for over an hour a day I needed to do something to amuse H during this time. Starting off with just one large removal box, we taped up the box so that […]